The advent season is upon us.  It is a time for Christians leading up to Christmas to reflect on the birth of Jesus Christ.  There are so many aspects of the birth of Jesus which are noteworthy, but the lowliness of Christ at His birth is one aspect which is especially poignant to me.

I remember in the 80’s when roller skating was extremely popular.  Every time I went to the roller rink, there would be a limbo contest.  Every round of the contest the limbo stick would get lower and lower to the ground until I was sure no one could fit under there.  However, there was always that gal who would kick her left leg out straight, have her right leg crouched down low and her chest so parallel to the floor that she surely dusted it on her way under that limbo stick.  The excited crowd would be cheering repeatedly, “How low can you go?”

So, how low did our Savior go for us?

Luke 2:7 (ESV) says, “And she (Mary) gave birth to her firstborn son and wrapped him in swaddling cloths and laid him in a manger, because there was no place for them in the inn.”  Most people believe that Jesus was born in a stable since it is said that Mary laid him in a manger which is a feeding trough used for animals.  However, the Bible really doesn’t say specifically.  They could have been outside, in a stable or even a home which housed animals.1  Let us just say for our purposes today that He was born in a stable.

How many kings stepped down from their thrones?
How many lords have abandoned their homes?
How many greats have become the least for me?
And how many gods have poured out their hearts
To romance a world that is torn all apart?
How many fathers gave up their sons for me?
Only one did that for me.

How Many Kings lyrics by downhere

What I wonder is couldn’t God in all of His power have chosen a cleaner place for Jesus to be born?  Couldn’t He have saved the most perfect, comfortable, private room for Mary to give birth in the inn?  Jesus is the Word and the Creator of all things after all (John 1:1-3).  He really and truly deserved to be born in a palace with every amenity this world could afford him.

The lowliness of the birth in a stable and His placement in the manger is just another wonderful acknowledgement of God’s love for us in my opinion.  It reminds me of the prodigal son which is such a beautiful picture of the gospel (Luke 15:11-32).

When the prodigal son was at his lowest point, he is feeding the pigs and desiring to eat the pods that the pigs ate.  This scenario really puts the prodigal son in the lowest of the low situations for a Jew since pigs are unclean animals in Jewish culture.  There is nothing that would have seemed lower or as unclean as this scenario. 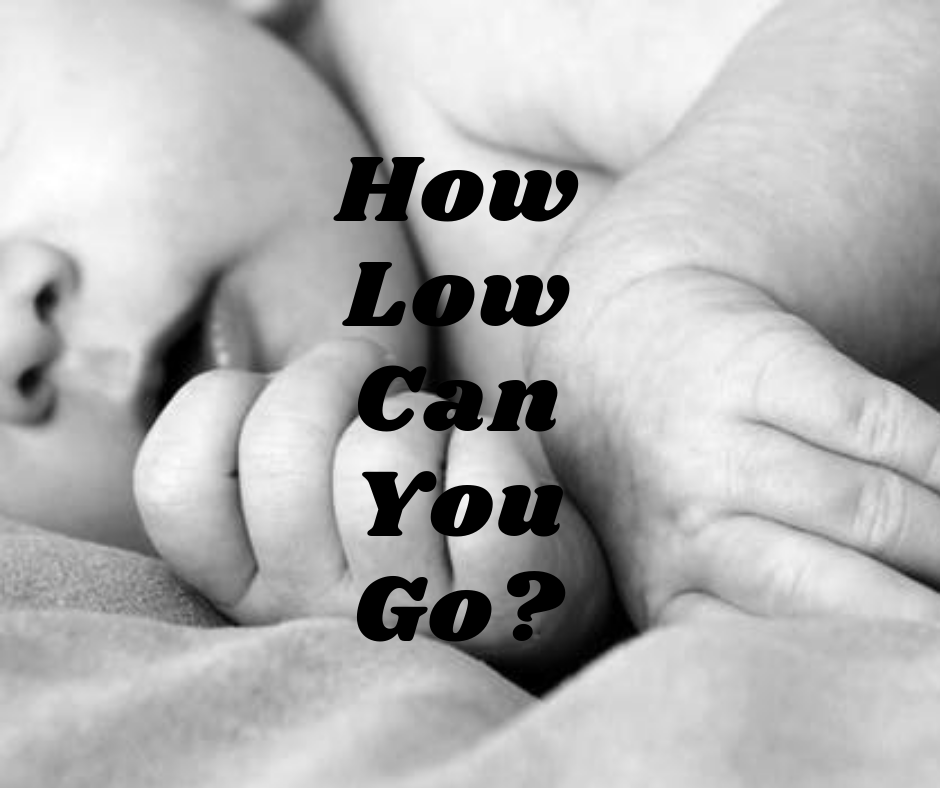 Jesus Himself was born in a stable presumably among animals and their feces.  It was not clean.  It did not smell well.  That place shows me the true love of Christ.  There is nothing too dirty for Him to clean up.  There is nothing so shameful that He can’t forgive.  There is nowhere too low where He can’t raise you back up.  That is my God.

How low have you gone in this world?  Let me encourage you that it is not too low for my God.  He can redeem anything.  I often like to say that, “God is in the redemption business.”  And I have to tell you, there are few things as beautiful as God redeeming the muck and mire out of people’s lives and turning it into something truly beautiful that He can use for His glory.

“…Christ Jesus, who, though he was in the form of God, did not count equality with God a thing to be grasped, but emptied himself, by taking the form of a servant, being born in the likeness of men.  And being found in human form, he humbled himself by becoming obedient to the point of death, even death on a cross.” Philippians 2:5b-8, ESV

Interested in another blog about the birth of Jesus?  You have to read Changes in Latitudes, Changes in Attitudes which is about the swaddling cloths.  It is one of the most amazing things I have ever learned about the Holy Land.