To say that this pie crust is fool proof is an understatement. It is my go to recipe for pie crust and definitely costs less than if I buy it pre-made in the store. Don’t be intimidated by the word homemade. It really is as easy as pie!

I got this recipe from my friend, Melissa, over 2 decades ago. I had never been able to figure out pie crust before. Every recipe I had ever seen for pie crust said to mix the ingredients and then use ice water.

Ice water? Most were not specific or would say add one tablespoon of ice water at a time until the dough looked right. Being a young cook, I had no idea what right crust looked like or felt like. It didn’t make any sense to me at the time. I am sure if I tried to make it now I could to it, but it was way too complicated for me at the time.

This recipe calls for fixed ingredients. I don’t have to guess how much ice water to put it, and it comes out perfectly every time. It makes 2 pie crusts per recipe so you can make one now and freeze the other one for later or just make 2 pies now. This is also great to use with a quiche recipe. Hey, maybe that will be the next food blog! 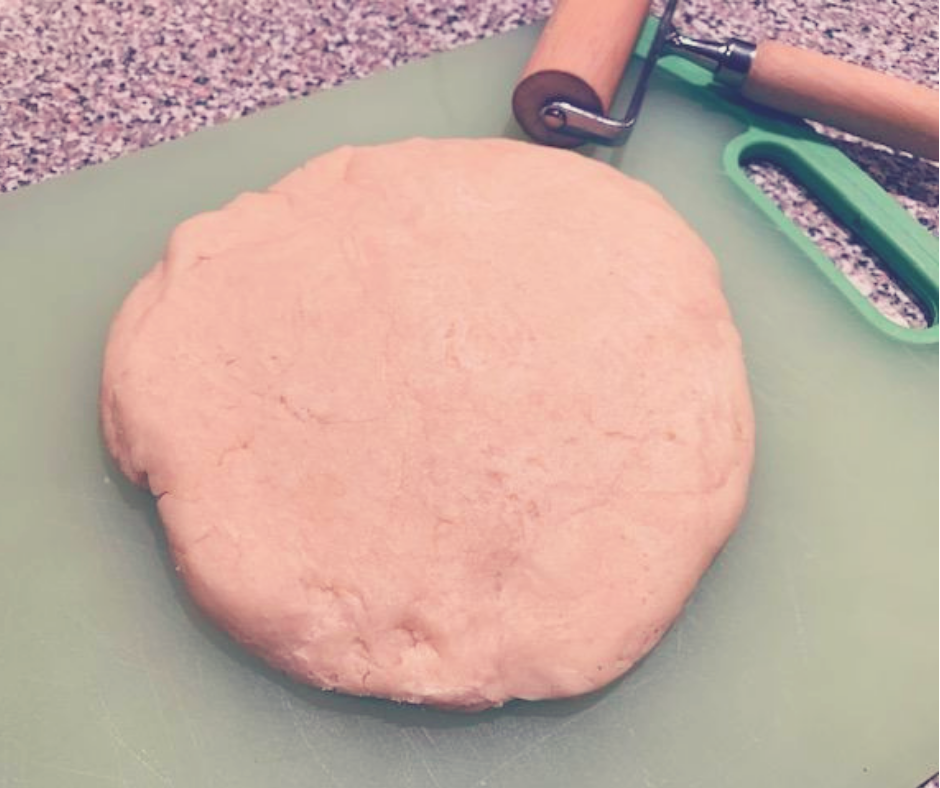 Prep time is only about 10 minutes. However, there is additional time which will be needed to chill the dough.

This pie crust could also be made ahead and frozen. At the point in the recipe where you would put the pie crust in the refrigerator to cool, just put it in a gallon resealable plastic bag and freeze. This would freeze well for about 3 months or less. Take out and thaw in refrigerator until ready to use.