When things work out in an amazing way, some people might say it was fate, coincidence, serendipitous, or Kismet.  When things work out in an amazing way in my life, I know it is God and only God.  God works all things together for good for those who love Him (Romans 8:28), and He alone makes our paths straight (Proverbs 3:6).  The journey to launch the new and improved The Cross Eyed Blog has been one where I surely have seen God’s hand, and I have been absolutely dying to share with you what has happened for a long time.

It all started about 2 years ago when a friend approached me to do a collaborate blog which included the 2 of us and another Christian woman whom we both knew.  The 3 of us all had separate blogs, but thought the collaboration of our skills and viewpoints would compliment each other.  We met and journeyed through our vision statement, website templates, and educated ourselves more times than we could count on YouTube tutorials of how to build a website.  As God would have it, my friend invited me over for coffee and stated she had decided to go in a different direction.  In the end, we decided that we would not allow a blog or anything else to come in the way of our friendship.

You might think that after almost a year of talking, planning, and time spent on the execution of our collaborative effort that I would have been hurt, disappointed or mad.  Instead, all I felt was relief.  Relief!  It was a little bit of surprise to me as well.  Why would God have allowed us all to feel so sure of this path only to close the path literally weeks before our official launch?  I had to have faith that He had a plan.

This failed collaborative effort is what caused the wheels to start turning of taking my blog to the next level by getting my own website.  I also knew how much money it would take, how much of a time commitment it would be, and how truly hard it would be at times when I didn’t know how to write the HTML code or format my submenus.  So, I began to pray, “God, if this is from you, I pray you would convict me of it.  I don’t want it to be my dream.  I don’t want to get ahead of you.  I don’t want to waste my time.  My life is already busy enough.  If it is from you, I want to know.” 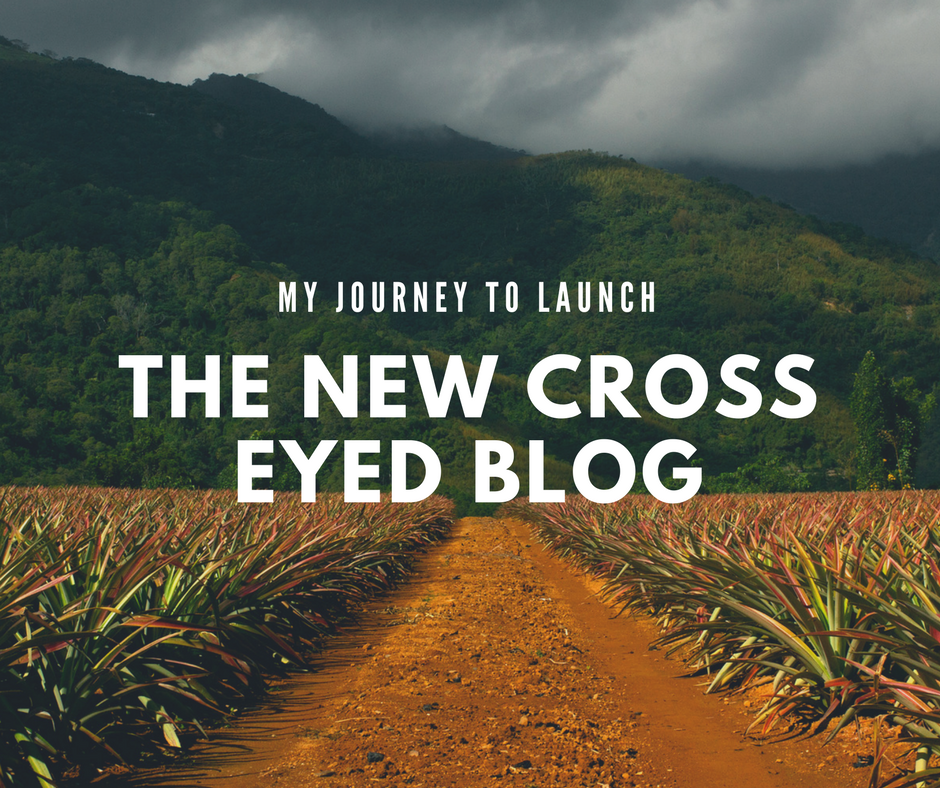 I thought, and told only my husband, that I probably need about $1000 to get the business started so I began to pray over that as well.  If it was His will then He would provide.  This was right around the beginning of December of 2016.  On Christmas Eve as we sat and opened Christmas presents, I sat in our living room and opened an envelope from Carl’s mom.  When I opened the card, there in the card was a check for $1,000.  Carl’s parents have always been so generous with their love for us, would treat us to dinner if they came into town, or offer to split the bill at the movie theatre if we took the whole family.  This gift was a total surprise and generous beyond words.  I sat there in shock with tears in my eyes knowing exactly what that check meant.  It meant God had answered me.

During this year, I have bought website domains, hosted the website, and commissioned a logo through a dear family friend which she hand-painted.  Then, I hit a road block where I was really stuck on the menus and how to get them right including the submenus, tags, categories, etc.  When I told a lady at church, she offered to look at it for me.  She gave me some great resources which I have adored like Pexel for pictures you can use for personal or commercial use with no fee and Canva which works somewhat like PhotoShop.  She suggested a woman she knew named Robin who was a whiz when it came to website stuff.  This was in November right before my birthday.

Again, I thought, and told only my husband, I would like $100 for my birthday to pay Robin to help me where I was stuck.  Within the hour, my friend texted me and told me should would like to gift me $100 to pay Robin to help me out.  She felt God leading and believed in what I was doing.  Robin transferred 7 years of blogs over to my new website in about 5 minutes.  5 minutes!  She is amazing and works on a different intellectual plane than I am on.  Just saying!

I was also stuck on some social media items and had been praying about that as well.  Within the week, I received an invitation for a training at work for a social media course which my employer paid for.  We were working at the same time on a social media launch at work, and it was perfect timing.  The information was beneficial for work as well as for personal.  Again, God’s timing was perfect.

God made a way every time I hit a technical obstacle.  God made a way every time I hit a financial obstacle.  It has been a journey which has been so incredibly exciting.  When God provided time after time, I knew He approved.  I knew He was in it, and I could walk with faith that He would equip me for anything He put in front of me.  Through all of the disappointments, the worry, the fear, countless hours at my computer, but also the incredible friends and family who have supported me along the way, I hope it all is weaving a tapestry He sees as beautiful.

Corrie Ten Boom wrote a poem called Life is but a Weaving.

“My life is but a weaving
Between my God and me.
I cannot choose the colors
He weaveth steadily.

Oft’ times He weaveth sorrow;
And I in foolish pride
Forget He sees the upper
And I the underside.

Not ’til the loom is silent
And the shuttles cease to fly
Will God unroll the canvas
And reveal the reason why.

He knows, He loves, He cares;
Nothing this truth can dim.
He gives the very best to those
Who leave the choice to Him.”