I remember seeing this one dad when I would take my daughter to and from school every day.  His little boy was school aged, and they lived close enough to the school to be able to walk the distance.  His son would walk with his backpack to and from the school while his dad, more often times than not, held his little girl up high in his arms.  On Montana winter days, he would have both kids bundled up as warm as bugs in a rug as they walked in the snow to the school.

I guess I noticed him since he stuck out among all of the moms who usually populated the drop off lane or even the kids who walked alone to school.  He was always there following his son and carrying his little girl up safely in his arms.

When spring arrived and the weather got warmer, I noticed the little girl had gotten old enough over the course of the year to toddle haphazardly as a new walker can up the sidewalk.  The dad stood on the street side walking at a snail’s pace beside her.  He was always watching and always vigilant.  Protective.  Her slow, stumbly gait did not seem to bother him nor when she stopped to pick up a stick or rock which caught her eye along the way. 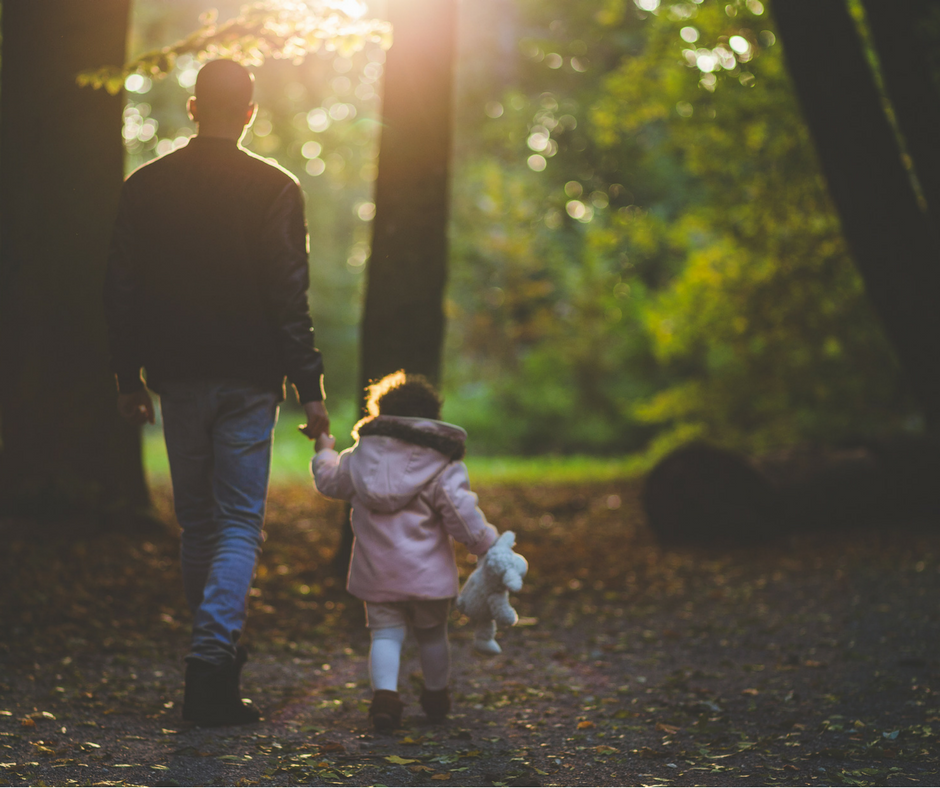 Day after day I would see this man with his daughter, and one day it really touched my heart and made tears come to my eyes.

That little girl had no idea how her father stood on the street side to protect her from the traffic which was whizzing by only a few mere feet away.  She had no idea how vigilant he was, how attentive, and how protective he was.  She was oblivious and went about her daily business of grabbing a dandelion fluff or a shiny rock.  Yet he was there every step of the way.

Psalm 46:1 (NIV) says, “God is our refuge and strength, an ever-present help in trouble.”  If we only knew how many times He has protected us and interceded on our behalf that we don’t even have any idea about.

Today, I saw a wreck happen right in front of me.  Five more seconds further up the road, and I would have been the one involved.  I thanked God for His protection.  How many other times I have suspected His hand of protection.  On a road trip where a desk was in the road.  Another time we got a flat which stopped us right before a serious accident happened up the road.

How many times has God stood on the dangerous side of the road for me to protect me, and I have been oblivious to His vigil of love and protection as I went unknowingly about my daily life.  I dare say I will never know this side of heaven.

I thanked God today for His protection, and I pray you will thank Him today too for His protections on you for all of the unseen as well as the seen ways He protects us.  He is the ever doting, loving father and protector.