It was a dark Montana night as Carl and I headed down the straight highway in the pitch dark.  I have never lived somewhere where it gets so dark at night, and the farthest you can see in front of you is a little farther than your headlights.
Carl had just passed a car, and as it is sometimes when there is not a lot of traffic, he stayed in the left lane for a little while without getting over in the right lane again.  I can’t remember if he decided to get back into the right lane on his own or if I had encouraged him to do so, but he proceeded to get into the right lane.

We sailed down the road in the right hand lane at a normal highway speed.  It was in less than 1/2 mile after Carl switched lanes when we saw an old metal desk smack dab in the middle of the left lane.  You know the ones which were made out of metal in the 50’s or 60’s.  We swooshed past it so fast, but we saw it.  We saw it right in the middle of that lane.

Two things rushed through both of our minds.  If he had not changed lanes when he had, we would have probably all been killed or very seriously injured.  Second, everyone else on the road behind us was in danger.

We tried to brainstorm what to do.  I wanted to go back and get the desk out of the road.  Carl said no since it was so dark.  No one would ever see us, and I knew he was right.  Carl also said that someone could swerve to avoid the desk, and we could get hit if we were out in the middle of the interstate.  They could swerve into our car and kill the kids.  It was just too risky.  We decided to call the highway patrol.

I called, but after I hung up, I couldn’t help but feel fearful about who was behind us and what had happened to them.  I was sick about it.  I was worried, fearful and praying for their safety.

Recently, God brought this situation back to my remembrance.  I remembered how scared I was for the person who might come upon that desk in the dark.  It literally could have ended in a fatality.  I began to think about the potential for death on the road that night. 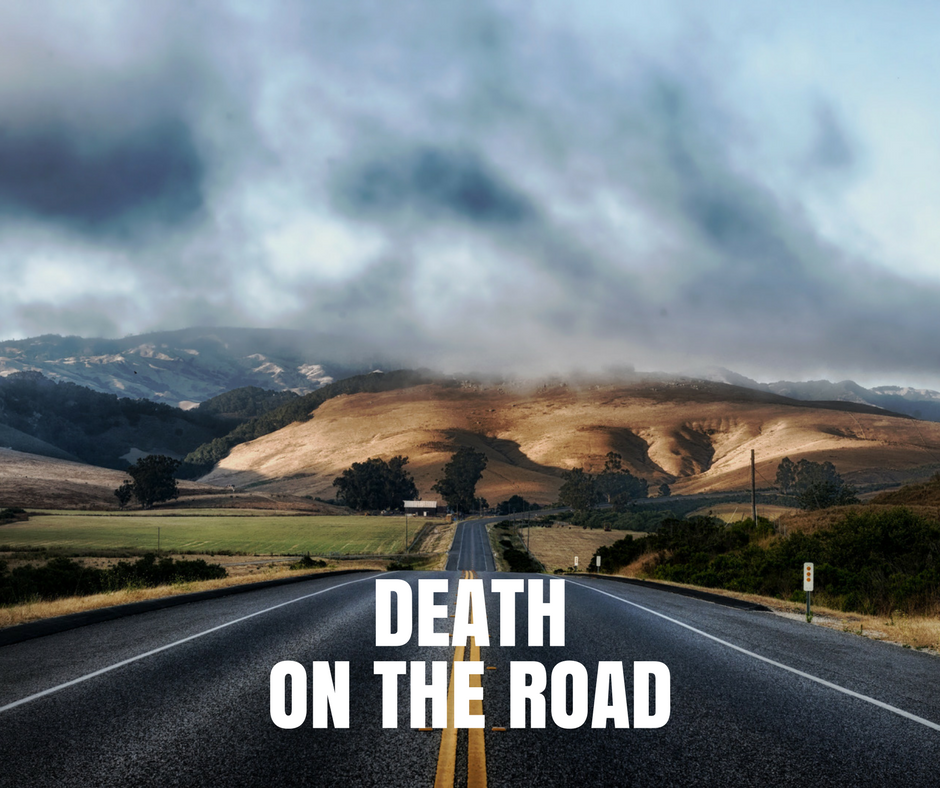 I have to confess unless God has put a specific person on my heart, I am not for the most part panicked, sick to my stomach nor am I desperate to save them.  I am concerned, saddened or hopeful that someday their heart might change, but I am not desperate.

Proverbs 24:12 (NIV) says, “There is a way that appears to be right, but in the end it leads to death.”  There are people in my life and in your life who are in the left lane.  The way seems right to them.  There is death on the road, and they don’t know it.  They don’t believe they are in the wrong lane.  The question is am I going to have the faith and the courage to speak up?  Am I going to deal with their souls with the same desperation I did that night with that desk in the road?  They deserve that.  God deserves that.

It has been convicting to me, and I hope maybe it is for you as well.  I have heard friends say, “Well, I don’t have the gift of evangelism.”  Well, I don’t either, but we are called to go and tell the whole world about Christ (Mark 16:15).  The reason most of us don’t is not because we don’t have the gift of evangelism, but because we are afraid.  We are afraid of rejection, afraid of loss of relationships, or embarrassed by our own biblical ignorance.  We don’t have to have all of the answers, but we should know that there is death on the road.  There is death on the road, and we need to care enough as Christians to intervene, say something, serve, counsel, speak truth in love, and lead people to Christ.

Pray today for God to reveal to you someone in your life He wants you to minister to, speak to, or tell about Jesus.  The harvest is plentiful, but the laborers are few (Matthew 9:37).