Last night was a little scary for us.  Lauren was in the throes of getting ready for bed.  Carl was cleaning his gun in the living room.  I was doing the dishes.  It was a typical night at the Daggett abode.

We starting hearing a beeping sound which didn’t really sound like the smoke alarm, but I assumed it was because of the beeping.  We have smoke detectors which are wired into the house, and when one battery goes out, it will sometimes make one or more detectors on the system sound.  So, I really was thinking maybe it was that.

Carl set out to find the source of the sound.  We have two carbon monoxide detector plug-in units with one downstairs and one upstairs.  Carl discovered it was the downstairs unit sounding its alert sound and not even a minute later the upstairs unit started going off.

We have had the battery go out in one of the units before so that was our first thought, but when the other unit started going off, I knew we most likely had a problem.  The units were bought separately and do not communicate with one another so I knew if they were both going off, they would have to be really be detecting carbon monoxide in the home.

Carl took one the units outside in our backyard, and it stopped alarming while the one in our house was still going off.  I called 911, and they told us to close up the house so the fire department could get an accurate reading and to leave the house which we did.  The fire department was there within 5 minutes and took readings.  The reading was 67 when they got here, but I believe it was probably a smidge higher since Carl & I had opened the windows and door wide open for several minutes before we called 911. 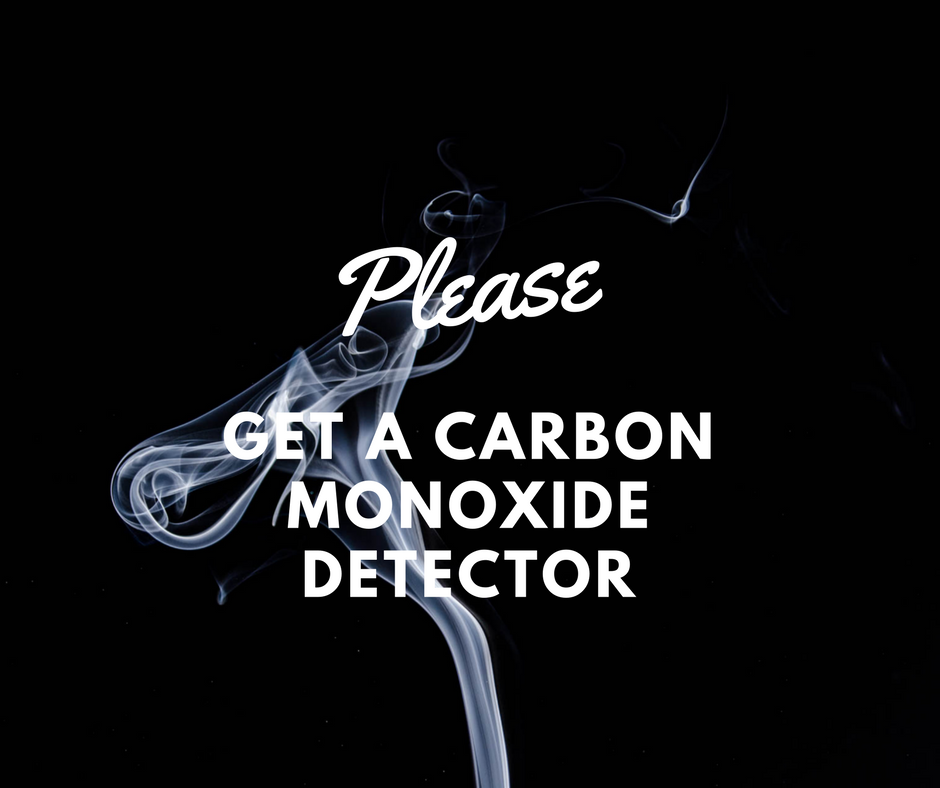 The 911 dispatcher called our utility provider who sent out a service tech to come take readings.  We had to open up every window in the house, turn on the ceiling fans, and turn on any vent such as bathroom fans and the vent-a-hood until the house got down to a 0 rating.

While we waited for the house to get down into the 0 range, I asked the service tech how much carbon monoxide was normal in a home or acceptable.  He said, “Zero.”  I then asked him about our readings and whether they were low or high.  He said while raising both of his eyebrows that it was a “significant amount”.

Once the house got to a reading of zero, we closed the house back up, and he began to take readings again to try to see where the level was building up.  We have been told twice (once from our home inspector when we moved in and once from an energy audit we had done on our home) that our water heater emits a small amount of carbon monoxide which we were told was OK as long as it was vented properly.  The water heater was indeed the culprit.  It went from 0 to 6 to 12 within only a few minutes and just continued to climb.

So, the service tech turned off the water heater and tagged it.  We are not supposed to use it until we have someone come look at it.  It is either done for and a new one is needed, or it is not venting properly to the outside of the house which would mean the vent needs to be cleaned out.  There could be a bird who made a nest in there, for example.

I went to sleep last night knowing that we were safe, but still wanted to crack the windows in each of the bedrooms just to be on the safe side.  I also knew those detectors worked, and they would work again if something else happened.  Carl and I both had been really tired yesterday which is not too abnormal for our lazy Sunday afternoon, but last night we both had taken some Tylenol for a headache within an hour of each other.  I don’t know if it was related or not to the carbon monoxide, but it sure makes me wonder!

What would we have done if we had not had those alarms?  We would have had no idea.  Carbon monoxide is an odorless and colorless gas.  We would have tucked Lauren into the bed, and we would have gone to bed with a headache and not known why.  The levels were probably not high enough to make us really sick or kill us, but over time how much would have built up in our home without us knowing?

It just made me realize that carbon monoxide is not something to play around with, and I was so grateful that we had those detectors.  As of 2013, Forbes magazine reported that 20,000 to 30,000 people get sick from carbon monoxide and 500 people die from it.1

So, I just wanted to write this blog today to encourage you that if you don’t have a carbon monoxide detector, please get one.  They really are very affordable, and they really do keep your family safe.  I am thankful today for God’s protection and for those little carbon monoxide detectors.  I have posted two links below for your convenience to click on, if you are interested, to order a carbon monoxide detector for your home.  I am not affiliated with any of these companies or brands, but we have the First Alert brand so that is the brand I am recommending.  It sure worked for us.  God bless! 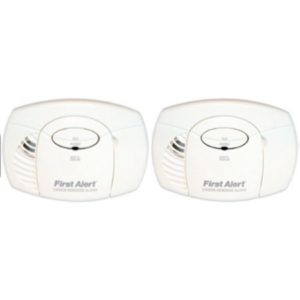 You can buy a two pack of First Alert brand through Wal Mart for about $30. Click here
You can get a single one from Amazon for about $15. Click here 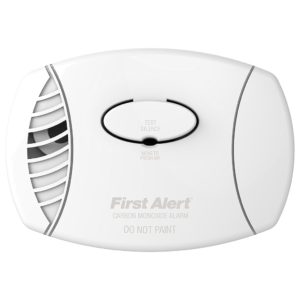 1 Forbes: Carbon Monoxide A Silent Killer Are you safe?