What do ducks, robins, bees, signs, basketball, football and Popeye all have in common?  My weekend, of course!  I had one of those weekends where I literally went from one activity to another to another.  Can anyone out there relate?

It was crazy busy, but there were some really great and wonderful things that happened this weekend which I really wanted to share with you. 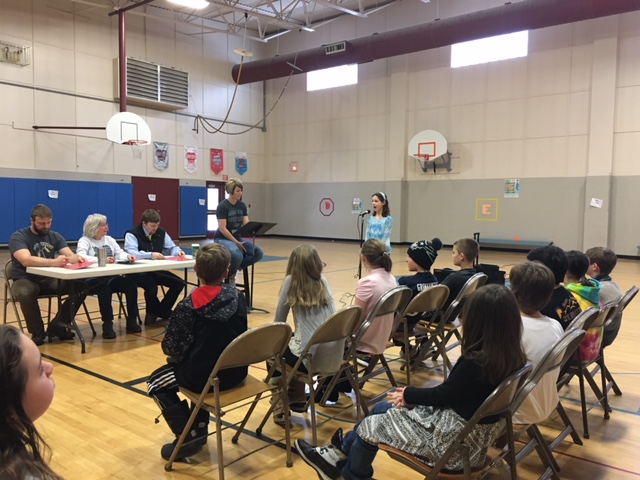 Lauren competed against other 5th grade finalists to go on to win the 5th Grade Spelling Bee at her school.  I was so very proud of her!  She is now going to move on to the county spelling bee with all the other schools in the county.  I think there are 9.
After the spelling bee, I went to run some errands such as grocery shopping, etc.  Carl texted me and had the idea to treat Lauren to a celebratory dinner.  I thought that was a great idea.  She requested Red Robin so we agreed.
However, by the time I got home from shopping, I only had about 45 minutes before I had to leave for my next endeavor.  I quickly made some soup on the stove, choked it down and headed out to a sign making party.
This was Red Robin failed attempt #1
At the sign making party, I made the following sign to put on my front porch as you walk into our house.  I feel so very blessed to know all of the wonderful ladies who went to the party as well.  It was a great time of food, fun & fellowship. 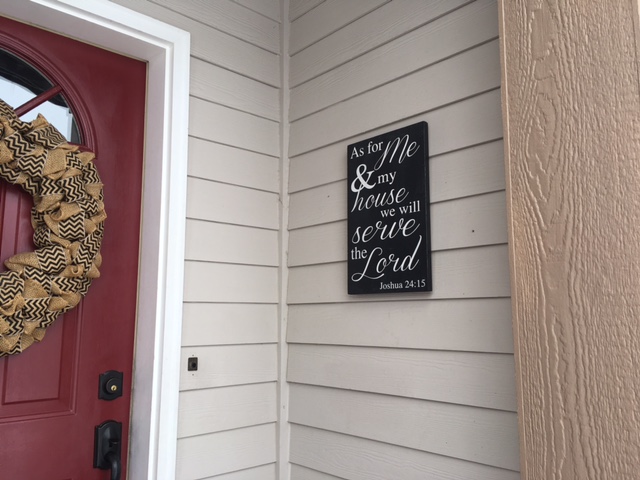 Saturday, I had the privilege of treating Lauren and two of her friends to a women’s Griz basketball game.  Lauren was able to be the Junior Captain for the game and received a basketball center court from the Griz mascot, Monte.  She was nervous to be the center of attention, but she did a great job.  Isn’t she just the cutest thing? 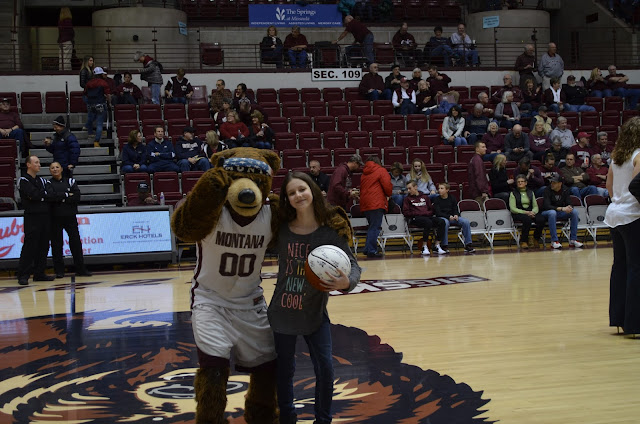 The plan was to take her friends home after the game and then take her to Red Robin for her celebratory dinner.  We took her friends home, but I noticed the time was quickly ticking away.  With the car fully loaded, we sadly realized that we did not have enough time to drive to Red Robin, eat, bring the kids back home and for us to make it to our next event at 6pm.
When we came to the realization for the 2nd time that there would be no Red Robin, there may or may not have been weeping and gnashing of teeth.  I am not saying any names, but you can imagine there was some disappointment there.
This was Red Robin failed attempt #2 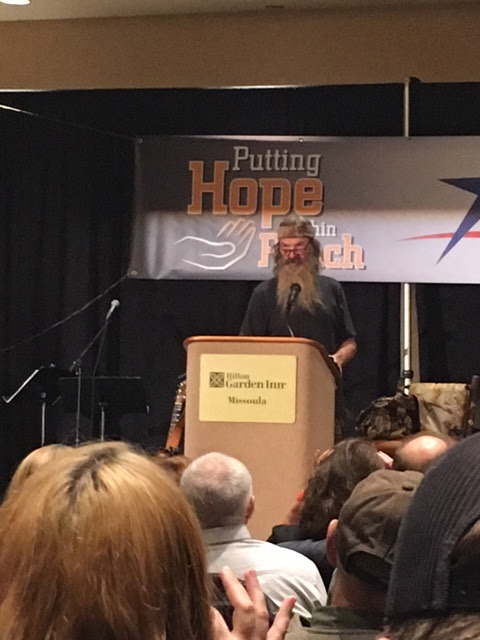 The exciting part though was Carl, Nathan and I got to go see Phil Robertson from Duck Dynasty speak at a fundraiser for Adult & Teen Challenge.  We have been working with a group of women in this organization through our Bible study group.  This organization helps support men, women, and teens get out of addiction in a Christ centered environment.  I have been so impressed by this organization. 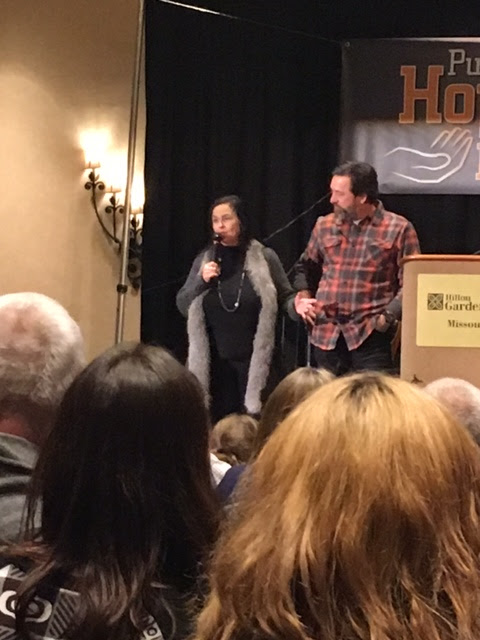 Phil Robertson got up to speak but only after his son, Alan, as well as Miss Kay got up to say a few works.  Phil Robertson preached the Word.  No apologies.  No shame.  No sugarcoated words.  Just the in your face, strongly spoken truth of God’s word.  We loved it.
So, the plan was on Sunday after church to take our little Lauren finally to get her Red Robin celebratory lunch.  As we approached the door, a lady came out, and we noticed there was a sign on the door.  She said, “Oh, I am so sorry.  We are closed today.  It is the only day of the year where we close to celebrate the Super Bowl with the employees.”  We couldn’t win for losing!
This was Red Robin failed attempt #3
I have to say that Lauren was a trooper though.  The third attempt at going to Red Robin was a flop, but she quickly said she wanted to go to Popeye’s.  So, we ate our yummy Cajun food and headed home to watch some good, old American football.
It truly was a busy weekend with some special events as well as some disappointments.  It was just a good reminder that you win some, and you lose some.  Sometimes things work out, and sometimes they don’t.
It ended up being a great time to remind my daughter how we were raising her to take the good as well as the bad with the same dignity and ladylike character.  It was a good reminder for me as well.  I was thankful this weekend for this crazy life I live.  So thankful!