First of all, I wanted to thank all of you who have prayed for my family during this time when we have lost my father-in-law.  All of your messages and prayers have meant so much to us and were truly appreciated more than you know.

While we were out of town for the funeral, I received a call on the morning of the my father-in-law’s funeral from a dear friend who had gone into the hospital in the same town we were in.  She was almost to term with a pregnancy which was considered high risk.  She called me to come sit with her.

Due to those complications, they decided to induce her that day.  You know when there are times in your life when God gives you the desires of your heart.  This was one of those times!

For many months, we had talked, and I truly had wanted in my heart to be there during the labor and/or the birth.  It was just not really in the cards due to the unpredictability of labor, when it comes on, and the distance between us.  I gave up any hope of being involved in that part of the plans.

Carl and I attended the funeral with the understanding that I would possibly return to the hospital to help out with the labor later in the evening if I could.  The funeral was sad, but so honoring to Carl’s dad.  They did military honors which included the flag on the casket, a gun salute, and the soldiers cross.  The soldiers cross is where they put the boots on the ground, gun standing up straight behind, and dog tags.  It was truly a beautifully special honor for someone who had given so many years of his life to serve the United States of America. 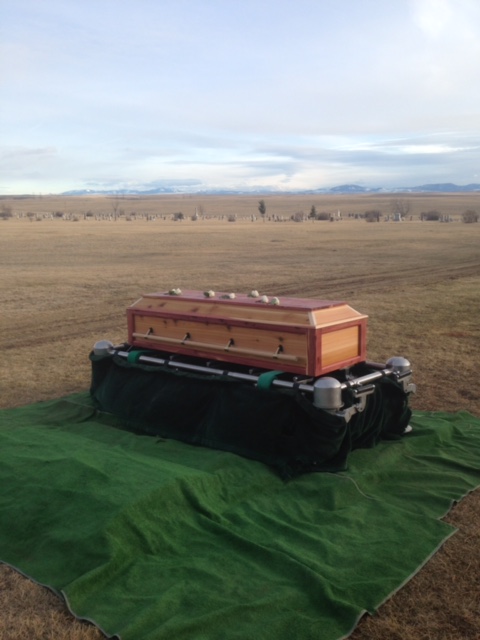 A couple of hours after the funeral with Carl’s permission, I headed back up to the hospital.  I ended up staying at the hospital all night long as her husband and I encouraged her through the labor with back rubs, lots of pep talks, foot rubs, and ice chips.

I couldn’t help but think of the scripture in Psalm 30:5 which says, “Weeping may endure for a night, but joys comes in the morning.” One day passed with weeping and heaviness of heart, but in the morning there was such joy as we all welcomed a beautiful baby.

There is still weeping.  Nothing will stop that for a long time to come, but to be able to be a part of something so beautiful and exciting amidst our sadness truly brought me such joy.  It brought a bright spot to our sad circumstances, and for that, I was so grateful.


“For God so loved the world, that he gave his only son, that whoever believes in him

should not perish but have eternal life.” John 3:16, ESV