At the end of May at Lauren’s birthday party, I was talking to one of the mothers who was there.  It was the end of their kindergarten year.  She and I had something in common.  She said something like, “Yes, when my last child went off to kindergarten, there was part of me that was excited.  I work two days a week, but I was so excited about all that I was going to get done this year while the kids were in school.  Instead, here it is at the end of the year, and none of the things I wanted to get done got done.  Where did all that extra time I was going to have go?”

I more than understood her plight.  Where did all the time go?  The kids had been in school.  It seems like there should have been plenty of time to have coffee with girlfriends, work on catching up with scrapbooking, and sewing that quilting project that has been an idea in my head for three years.  In the place of all of the things I should have had time for, I found myself too often overwhelmed, burning the candle at both ends, and saying, “I don’t have time for that.”

This year, prior to the kids starting school, I came up with an idea to chart what activities I thought I should be doing or needed to do during a typical week.  Chores and obligations such as laundry, working out, lunch, meals, and dishes.  Sorting through mail, shredding, recycling junk mail, and purging too many emails.  Work, blogging, errands, and shopping.  Bed times, bible study, and family time.  All of the above were going to be included on the list.

So, I made an Excel spreadsheet and listed a typical week from Monday through Friday.  Everything I thought was important went on the list.  I added a blank column to the right of each day and titled it “Actual”.  The actual column was for me to write in what I actually got done during the day.  For one week, I had a schedule of what I should be doing in that hour or half-hour and a place to mark what I actually did. 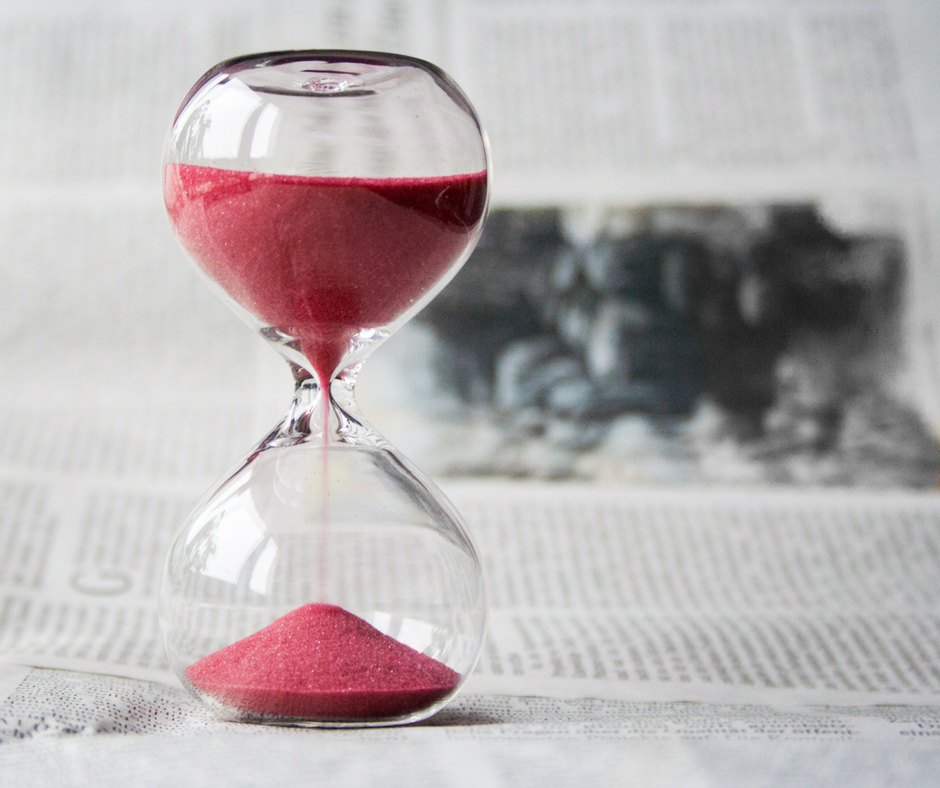 I found out a lot of interesting things.  I spend about 12 hours a week in the car transporting children from here to there.  12 hours!  I had no idea.  That is a lot of time.  Dinner that I thought should take me 30-45 minutes really takes me an hour and a half some nights.  I had scheduled no time for personal things such as a lunch dates with my husband or coffee with a girlfriend.  My life can’t be all work and no play!  Not this chica!

I was shocked with the figure of 12 hours in the car.  I am in the process of trying to figure out how to be more intentional with my hours in the car with my kids.  Could I get the Bible on CD?  Could we learn a language?  Could we memorize one Bible verse a week?  Could we get some books on CD?

Other problems which arose were how can I streamline my dinner prep or the amount of time it takes me to make dinner?  It would be nice during the week to be able to have dinner on the table in 30-45 minutes.  When it came to doing the laundry, could I consolidate my laundry pile enough to get it done in one day rather than two?  What tasks can I delegate to the children or my husband?  Am I willing to ask for help or am I wanting to be in control of it?

I would encourage those feeling stressed or overwhelmed to spend a little time for one week to investigate where you are spending your time.  You might be shocked to find out you are watching 4 hours of TV per day or spending 12 hours in the car every day like me!

Knowledge can be power, but so is prayer.  I have been praying about what God wants me to spend my time on right now and what I don’t need to be doing.  Can He give me ideas on how I can multiply my time in an activity?  Prayer can be vital.

The following is the spreadsheet I came up with if you want to download it.  It is a good place to start if you would like to be informed about your daily activities.  I hope it will show you things you didn’t know or empower you to make a change to assist you in having more time in your day.  Blessings!

“Every prudent man acts out of knowledge, but a fool exposes his folly.”  Proverbs 13:16