I began to consider, as I think most parents do, what to do with the kids this summer.  What would be fun things to do together as a family?  How could I keep them busy or active?  As I thought through several aspects of what I desired for the summer, I keep coming back to one main item I would like to do differently this summer.  That has to do with screen time.

Last summer, Carl expressed a concern that the kids were looking at a screen too much, and I agreed.  I tried to make more of an effort to go to the park or play board games or invite friends over when I could.  I think I erroneously had a feeling that if they were moving from one screen to another they were not spending the entire day doing the same thing.  For example, moving from watching tv to playing a game on the computer to playing an app on their ipod.  It was still a screen, but last year we didn’t really have a plan on how to impletment a change.  We knew we had a slight problem, and I am sure we are not the only family who does.  This year we have a new plan. 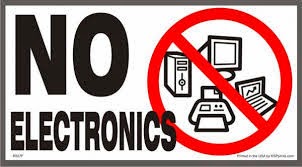 This summer our plan is to have a screen free time each day from 12 pm to 5 pm.  I knew the plan would not be met with great excitement, and I was right.  That being said, I was surprised how well the kids seemed to do with it when I implemented it the first day.  We went to the store, we played games, and we colored.  The kids did their chores and even helped me with a few of my own.

On the first day, I noticed the kids asked several times how much longer they had to go without electronics.  They asked less times the next day and still less the day after that.  I was for sure it would show the kids a possible idol they had in their life.  Maybe it did, but to my surprise, it showed I had an idol as well. 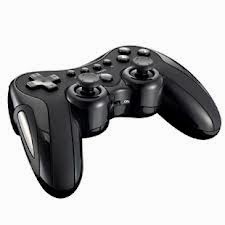 One of the days, there was a lull in our activity, and I picked up my phone out of habit and began to check it.  My youngest daughter was swift to point out that I was on electronics, and it was not allowed.  I also realized there was a certain usefulness for me when my kids were on electronics.  The house was quieter, and I thought that I could get more stuff done without the kids being underfoot.  Really, it was an untruth I had allowed myself to believe.  I got more stuff done the first day we had screen free time than I had gotten done in one day in weeks.  I spent time wiith my kids and also did what needed to be done around the house.  They were not distracted and neither was I.

It has been quite an eye opener.  I chose the time I did, because I felt the weather would be the warmest during that time.  It would be the time of day we could go to the river or the pool or the kids could play outside with friends.  I usually start dinner around 5pm so that cut off time seemed to be a good time for me to not have to monitor that activity anymore.  Also, we tend to watch a lot of movies at night during the summer so I didn’t want to limit it at nighttime.

So far, it has been working really well.  I am sure there will be some days which might be rainy or the kids might be sick which I might make an exception.  It is our plan for now so we will see if we can keep having our screen free time.  Now, I just have to figure out how to put down my smart phone!