Christmas is my most favorite time of the year.  I agree with the song which says, “It’s the most wonderful time of the year.”  There is excitement in the air as we shop for gifts, listen to Christmas music, and look at Christmas lights.  Unfortunately, I also think it is the busiest time of the year as well, and that busyness can get us distracted from the true meaning of Christmas which is Christ’s birth.

I am guilty of getting too busy.  Aren’t we all?  I’ve got to make another run to the store for another gift.  I have to do my Christmas baking and shop for all the fixings for Christmas dinner.  We have to get the Christmas tree and decorate the house inside and out.  Then there are teacher’s gifts.  Should I make or get presents for my co-workers?  That sounds like a nice thing to do, right?  This year I have decided to count the cost of each activity which presents itself.

For months I had planned to work on a project as a gift this year.  I should have started on it earlier, but I didn’t.  When December 1st rolled around, I went into panic mode.  I spend several hours on the project on December 2nd and was still in panic mode.  It felt like I was using a pick ax on an iceberg.  How was I going to complete this?  It was a project I was totally excited about, but I was overwhelmed by the amount of work it would entail in such a limited amount of time.

It was as if I had an angel on one shoulder and a devil on the other both arguing their good points.  Andrea, it will be so beautiful when you are done, and your recipient will love it.  Yes, but how much work is it going to be?  Andrea, you got a great deal on the project.  Yes, but should this be where my focus is this holiday season on a project rather than on Christ?  Andrea, you can get this done.  Maybe I will, but maybe I won’t. 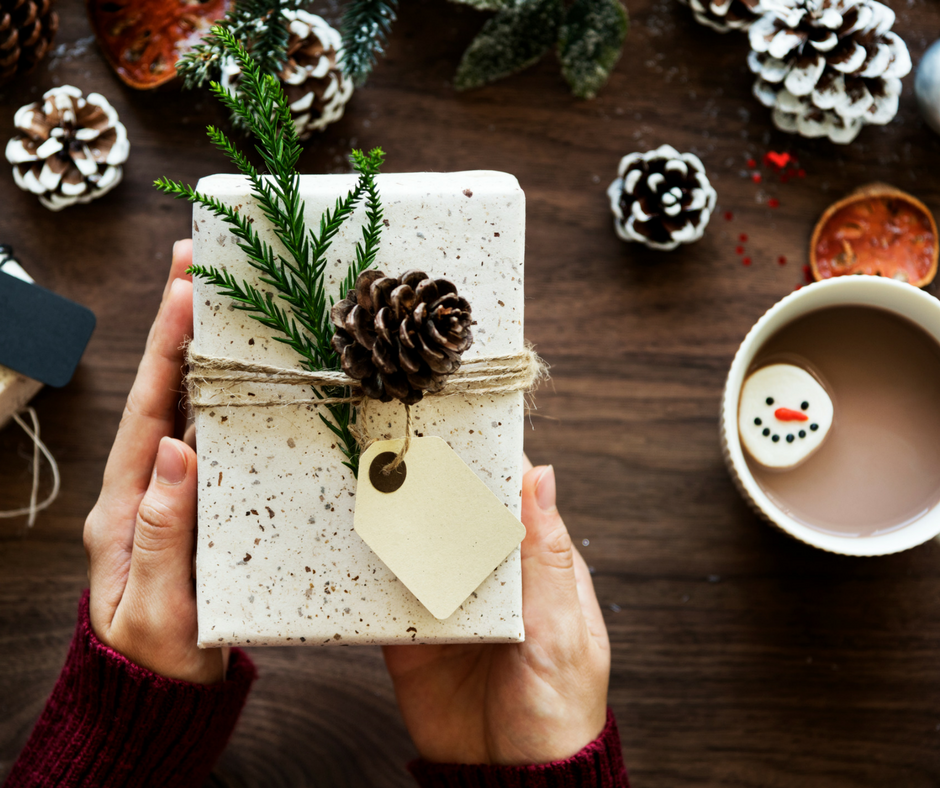 I also usually send out a picture of our family or the kids with our Christmas letter every year.  This year a friend offered to take our family picture for Christmas.  She is a great photographer with an very expensive, awesome camera.  Sounds great, I thought, but after more thought I realized there would be a cost involved.  We would have to plan a time that worked for us both, get the family dressed nice or matching (because that is how I would want it), and the time taking the picture.  I decided the cost for us would be more time and more stress.  So, I picked out a picture we took a couple of weeks ago when we went to cut down our Christmas tree and went with it.  Again, I know the family portrait would have been beautiful, but I was not willing to pay the cost.

Our youngest daughter is so proud as she is beginning to read words and sentences.  She asked me in the car the other day to spell Christmas for her.  We got into a phonetical discussion of the word.  She wondered why it was not pronounced with a “cha” sound at the beginning rather than a “k” sound.  She wondered why the “t” was not pronounced.  I told her Christ was at the beginning of the word, because it is the day we celebrate the birth of our Lord and Savior Jesus Christ.  I know the “mas” part refers to church mass, but I like to think of it as “mas” in Spanish.  We often speak Spanish in our house, and I know that “mas” means more in Spanish.  According to my translation, Christmas in Spanish means more Christ.  More Christ.  Less stuff.  More family time.  Less busyness.   More love.  Less stress.  More giving.  Less greed.  More contentedness.  Less selfishness.

After reading a small part of the Christmas story last night, the kids and I curled up in our pajamas to sip homemade hot chocolate and to watch The Polar Express.  That is what I want for the holidays.  More of a focus on Christ and more of a focus on my family and friends.  Even though I might have to say no to someone or even worse to myself, it gets me where I truly want to be which is to have my eyes fixed on the cross of Christ and Him alone not only at Christmas time, but also the whole year through.

1 thought on “I Want More For Christmas”