Many years ago, I was struck with the idea that I would like to come up with a few simple rules for our kids to abide by as part of our family.  So, I began to categorize behavior and pay attention to infractions.  After a long period of time, I began to see there were three categories that were coming up repeatedly.  I made those three categories our family rules.  Our three rules are Obey, Honor, and Honesty.  I have been hard pressed as a mother to find many, if any at all, infractions that do not fall into one of these three categories. 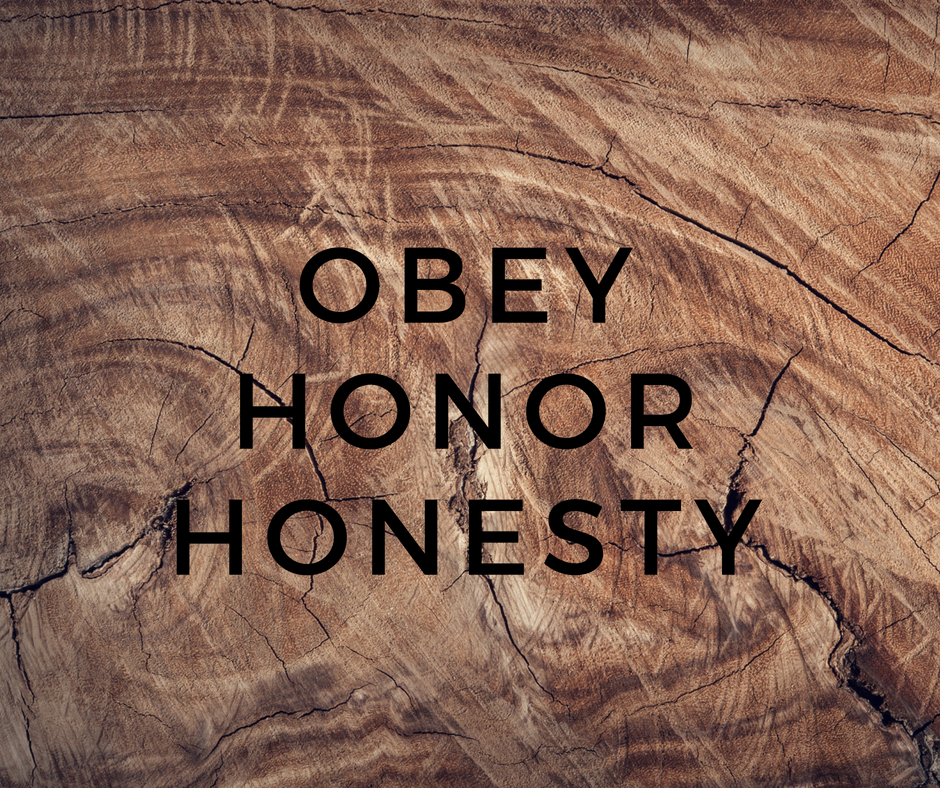 Our 3 family rules are Obey, Honor, and Honesty.

Examples:
*The child has been told to clean their room, and an hour later you go in.  The room is still dirty, and she is playing her XBOX. – OBEY
*The child calls, “Shotgun” and pushes his way in front of his sibling to get to the car first. – HONOR
*The child comes home for two weeks and claims she does not have any homework.  You see the teacher after school by chance who tells you your child has not turned in homework for two weeks, and it is stuffed in her desk. – HONESTY/OBEY
*The child talks back to a parent. – HONOR
*The child says he didn’t hit his sibling when he really did. – HONESTY/HONOR
*The child kicks her sibling out of frustration or anger.- HONOR
*You tell the child to put something away for you.  The child tells you he has done the task.  Later, you find the object thrown haphazardly where it doesn’t belong. – OBEY/HONESTY
*The child interrupts other people when they are talking. – HONOR

I wanted these rules to be posted in the house somewhere so they would see them everyday.  I wanted to do in a way what God had done with His own children.  God says to the Israelites after He has given them all of His commandments and observances in Deuteronomy 6:8 (NKJV), “You shall bind them as a sign on your hand, and they shall be as frontlets between your eyes.”  Why did He say this?  If you have read the Old Testament, you know that the Israelites, God’s own children, strayed from what they were told over and over again.  They were human.  They were going to need reminders everyday of what God’s expectations were of them.  I wanted to do that with my own children, and to give them a visual reminder of what was expected in our home

I found some scrapbooking paper that I liked and cut it out to letter size for the printer.  A cheap solution for a frame was I bought a silver frame from Dollar Tree for $1.  I then typed out the three rules and two verses to go with each rule and printed it out on my paper.  I put it in the frame, and Viola!  Family rules for only a dollar! 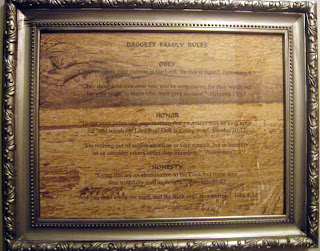 Here are the scriptures I chose.

“Children, obey your parents in the Lord, for this is right.”  Ephesians 6:1

“Obey those who rule over you and be submissive, for they watch out for your souls, as those who must give account.”  Hebrews 13:17

“Honor your father and your mother, that your days may be long upon the land which the Lord your God is giving you.”  Exodus 20:12

“Do nothing out of selfish ambition or vain conceit, but in humility let us consider others better than ourselves.”  Philippians 2:3

“Lying lips are an abomination to the Lord, but those who deal truthfully are His delight.”  Proverbs 12:22

I try to do the best I can as a parent, and these rules have given my husband, my children, and myself some guidelines to follow.  I am in no way disillusioned enough to think I am the perfect parent.  There are times I have disciplined when I shouldn’t have.  There are times I have not disciplined when I should have.  I fully accept with open arms that I might be the subject of discussion in a negative way in a therapist’s office someday with my child sitting in the patient’s chair.

For the most part though, I think we are doing a pretty good job, and sometimes God lets us see the fruits of our labor.  Like when my little girl climbs up in my lap, takes my face between her little hands, presses her nose to my nose and says, “You’re the best Mommy ever, and I will never stop loving you no matter what.”  Or when I ask my son if he would like to talk to the school counselor at school about his adjustment to the move, and he says, “Mom, you were once a counselor.  I can’t imagine anyone saying nicer things to me or making me feel any better than you do.”  Or when the elderly couple approaches our table at a restaurant and says to my husband, “I just wanted to come over and tell you what a beautiful family you have and how well behaved your children are.  You are truly a blessed man.”  Thanks be to God for allowing us to see the fruit along the way.  The rotten fruit might stink up the place from time to time, but ah, the fruit…I love the smell of the fruit. 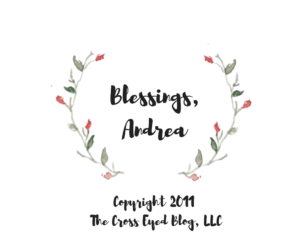 3 thoughts on “Our 3 Basic Family Rules”