Crash.  The sound was loud and startling as we were all getting our dinner served up on our plates.  My then eight year old daughter, Madison, stood paralyzed over the shattered pieces of the dinner plate she had been holding only moments before in her hands.  I remember saying in a slightly exacerbated tone, “Madison, what happened?”  Tears began to flow from her eyes, and she began to stammer and apologize.

I was frustrated.  I was disappointed about losing a plate from my set of 12, but thank God I was also able to realize in that moment that my daughter was more important than any plate I could ever own.  I went over to her and consoled her.  I remember her saying, “You aren’t mad?”  “No, I am not mad”, I said.  “In fact, I have a great idea.” 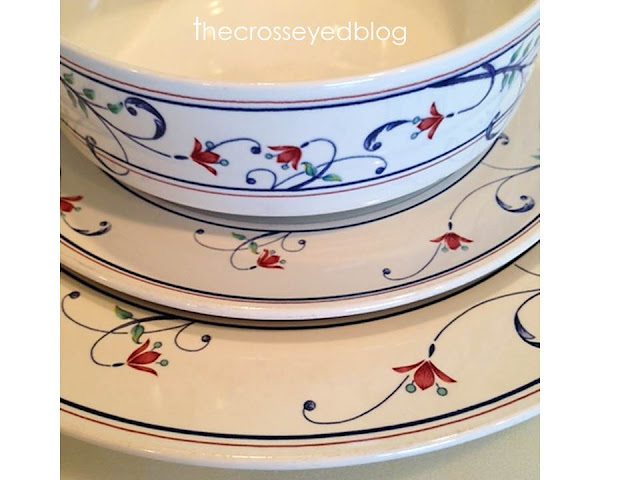 We collected all of the pieces of the plate that had shattered on the floor and put them in a plastic bag.  Some pieces were big and some were small.  I swept up the shards and the teeny, tiny pieces which were left on the floor.  I told Madison we would do something special with the broken pieces later.

A week or two later, she and I sat down at the kitchen table and proceeded to make a trivet out of the broken plate which she had dropped.  I told her that sometimes when something is broken we think it is trash and beyond repair.  What I wanted to show her was how to take the broken pieces and turn them into something beautiful.

She and I both took turns hitting the bigger pieces of the plate with the hammer until we had lots of pieces which were all about the same size.  We found a box which the bottom was the shape and size I wanted, and I lined it with plastic wrap.  I mixed the plaster of Paris according to the package directions.  I poured the plaster into my mold, and we pressed the pieces of the broken plate into the plaster.  We let it dry, and them popped it out of the mold.

All these years later, I still have the trivet.  I always think of Madison when I use it.  It is the only trivet that matches my dishes, because it is made from them.

I wish I would have thought to make a trivet out of each kid’s broken plates, because they have all broken their share of plates.  Then I could have written their name on the back of each one and kept them or handed them down to them eventually.  Hey, maybe I could still do that, because I am sure there will probably be more plates broken!