The story of David and Goliath is such a rich story on so many levels.  One of the great parts of the story is the fact that David’s father, Jesse, asked him to take provisions to his brothers and the army, and David obeyed.  It just shows me how when we prove to be obedient in the mundane daily things of life that God can use us to be obedient to Him in the bigger things.  David was obeying and being faithful to his father, and God used him. 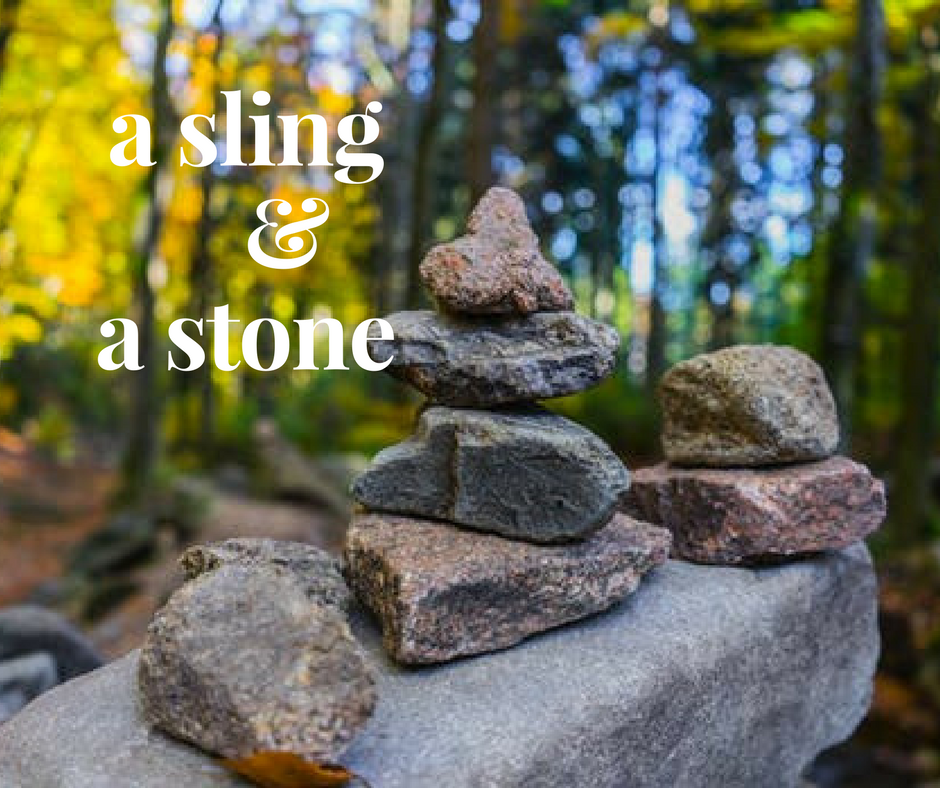 This story shows how a youth, as David is called in the text, is bold enough to stand up against this giant.  It says the other grown men of war made up of Saul and the Israelites were all “dismayed and greatly afraid” (1 Samuel 17:11).  While Israel was running scared at the sight of this giant, David is quoted as saying one of my all time favorite verses in the whole Bible.

“For who is this uncircumcised Philistine, that he should defy the armies of the living God?”

I cannot begin to tell you how much I absolutely love this verse!  While all of God’s people sat on the sidelines and shook with fear over the seemingly insurmountable odds which stared then square in the face day after day for forty days, there was one who did not shake with fear.  There was one who had faith.  There was one who knew how powerful his God was.  There was one who spoke up for what was right.  There was one who did not flee in the face of adversity.
How dare Goliath defy the armies of the living God!  How dare he mock God’s chosen people!  A smooth stone slung from David’s sling shot found its mark to kill Goliath, the giant.  It is amazing what can be done when our God fights on our behalf.
How often do we as Christians stand on the side lines feeling scared and anxious of the Goliaths in our lives, in the lives of our family and friends, in our city, and in our nation.  We look and think the situations are too big.
This story shows us what may seem too big for us is never too big for God.  If only we believed He could do all things.  If only we had faith.  If only we were brave enough to trust Him in all things.  If only we would believe what is written in Luke 18:27 (ESV) which says, “Jesus replied, ‘What is impossible with man is possible with God.'”  Trust God to fight for you and kill the Goliaths in your life today.

“Thus says the Lord to you, ‘Do not be afraid and do not be dismayed at this great horde, for the battle is not ours but God’s.'” 2 Chronicles 20:15b, ESV