Recently, I was able to be in a group where we shared some of our experiences of when the Lord had really provided for a need.  It was particularly a strong experience for one of the participants in the group.  It was just such a great reminder that we should share the stories of when God has been faithful, because it can encourage the faith of those around us.

I hope this story is one of those stories for you.  It is a story which I think shows how God cares about the little things in our lives.

Many years ago when I just had two kids, I went to the Dollar Store and saw some Christmas placemats.  They were only a dollar each, of course, but those were the days we barely had money for our needs much less our wants.  I remember standing in front of the bin full of placemats really wanting to get some Christmas placemats, but I knew it really wasn’t a need.

I stood in front of that bin for at least 5 minutes.  There were several kinds of placemats.  Did I want all the placemats to match or did I want to get a variety?  After much deliberation, I decided I could really only afford to get three.  Deliberating over three dollars might seem ridiculous to some, but we had to watch every purchase at that time.  I decided on a Santa placemat, a bells placemat, and one which was yellow and had toys on it. 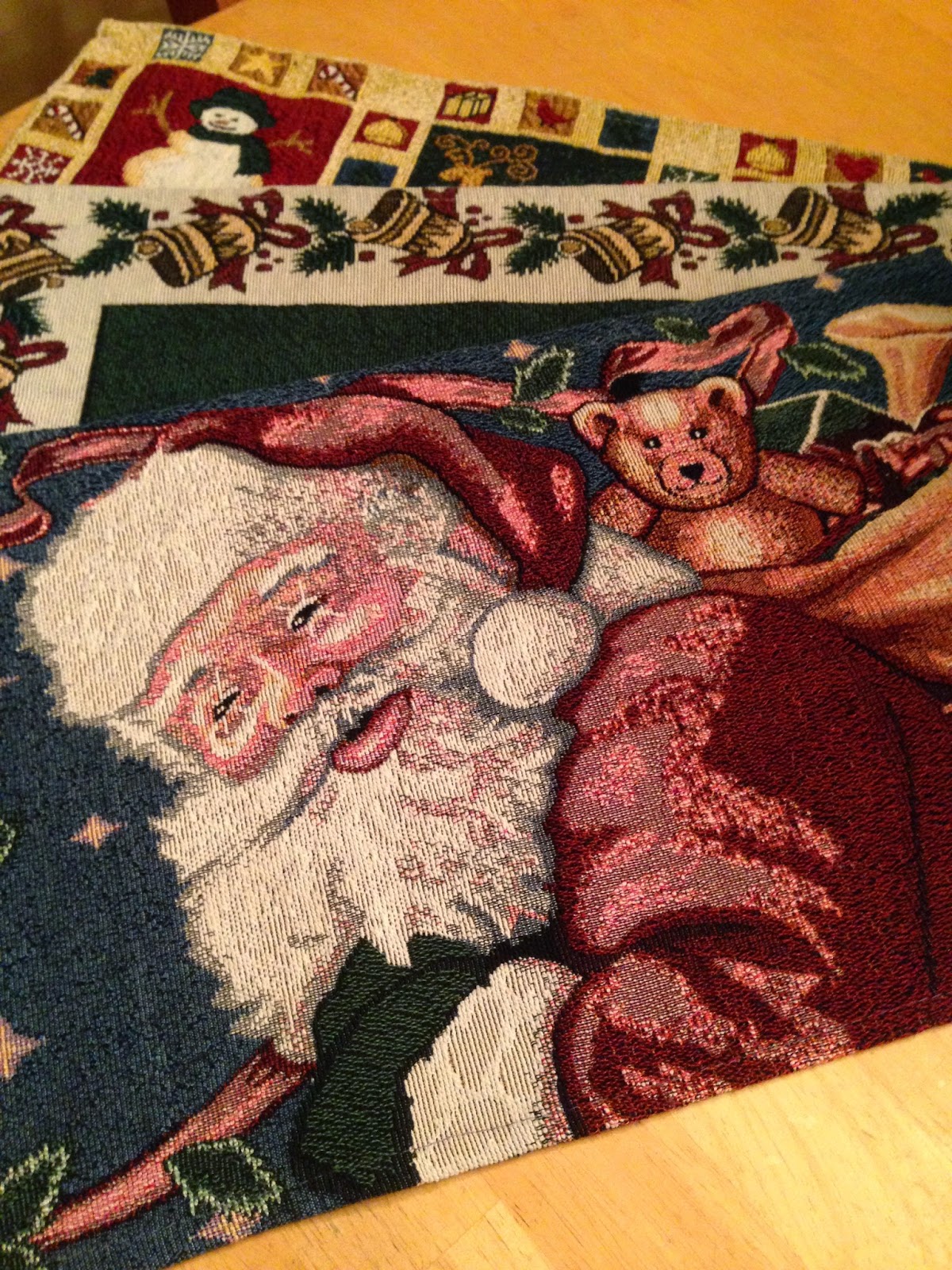 I want you to understand the oddity of only getting three placemats.  There were four people in our family, and there were six places at our table.  My thinking was that I would buy three this particular year and then the next year I would buy three more.  I knew it was a risk I was taking.  There was a chance the Dollar Store would not sell those placemats the next year for me to purchase them.  They might sell placemats, but they might be a totally different design than what I had gotten.  My plan was to buy the exact same three placemats the next year so I would have two placemats with each design for a total of six placemats.

Well, the next year came, and I really had forgotten about getting the new placemats.  We received a gift from family friends from Germany.  Sometimes, they would send us special gifts for the children or for the family.  As we gathered around the box, we pulled out an ornament and various other gifts which they had given us.  What really amazed me were the placemats which were in the box. 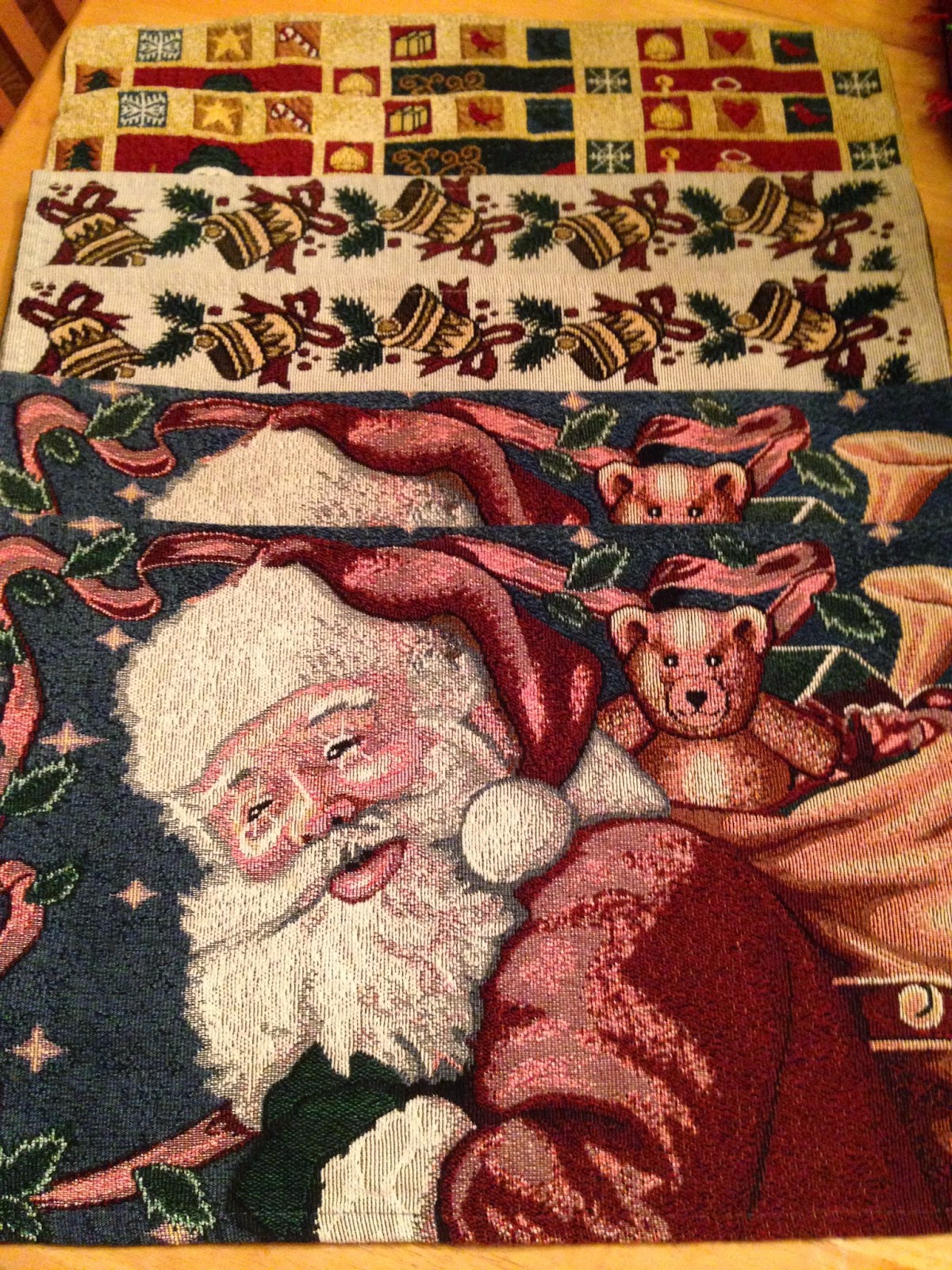 I stood and looked in astonishment at those placemats and could do nothing but give God the credit for this wonderful gift.  Out of all the quantities to get three is an odd number.  Out of all the places to buy a gift for us to buy it at Dollar Tree.  Out of the bin of placemats to pick the exact placemats which matched my current ones which is exactly what I had planned to purchase.

God is good.  He sees all, and He knows all.  I know beyond a shadow of a doubt that He cares about the little things even an odd number of mismatched placemats that only cost three dollars.

Merry Christmas to you all and may God richly bless you this Christmas season even in the little things!
“Every good gift and every perfect gift is from above, and comes down from the Father of lights, with whom there is no variation or shadow of turning.” James 1:17

1 thought on “A Christmas Miracle”